The origins of the sport of Eventing are deeply rooted in the endurance tests that cavalrymen and their horses undertook as part of their training; often travelling great distances at considerable speed. The tests rarely involved jumping obstacles, though participants may well have had to negotiate ditches and rivers on their long rides. It is recorded that in 1680 the Swedish cavalry was training its recruits to jump cross-country fences, and the riding instructor for the cavalry of King Charles XI of Sweden prescribed the following advice: “When jumping a fence the rider will grab the mane, close his eyes and shout ‘hey’”.
It is the French, however, who can truly claim to have introduced the modern-day form of Eventing, with its division into three separate types of activity – the dressage test, the endurance test and the jumping test - although the format of the sport has altered considerably over time. The first “Championnat du Cheval d’Armes” took place in 1902 near Paris. The event was open only to one officer from each regiment, and the contest consisted of four elements: a Dressage test, a Steeplechase course, Road and Tracks (covering 50km) and a Show Jumping test. It became an annual event in France, and other European countries such as Sweden and Belgium soon began holding similar events, some taking three days, others taking up to five days to complete, depending on the exact format of the competition. When the first Eventing competition took place at the Olympics, in 1912, the emphasis was still very much on endurance, and there was a 50km ride included on the cross country day. But over the years this endurance element of the contest was gradually reduced. Ultimately, the three-day event, as it was known, consisted of a Dressage test on the first day, a Speed and Endurance test (incorporating a Roads and Tracks phase, a Steeplechase phase, and a Cross Country phase) on the second day, and on the final day there was the show jumping test. The scores for each day’s test were added together, and the rider with the best overall score was the winner 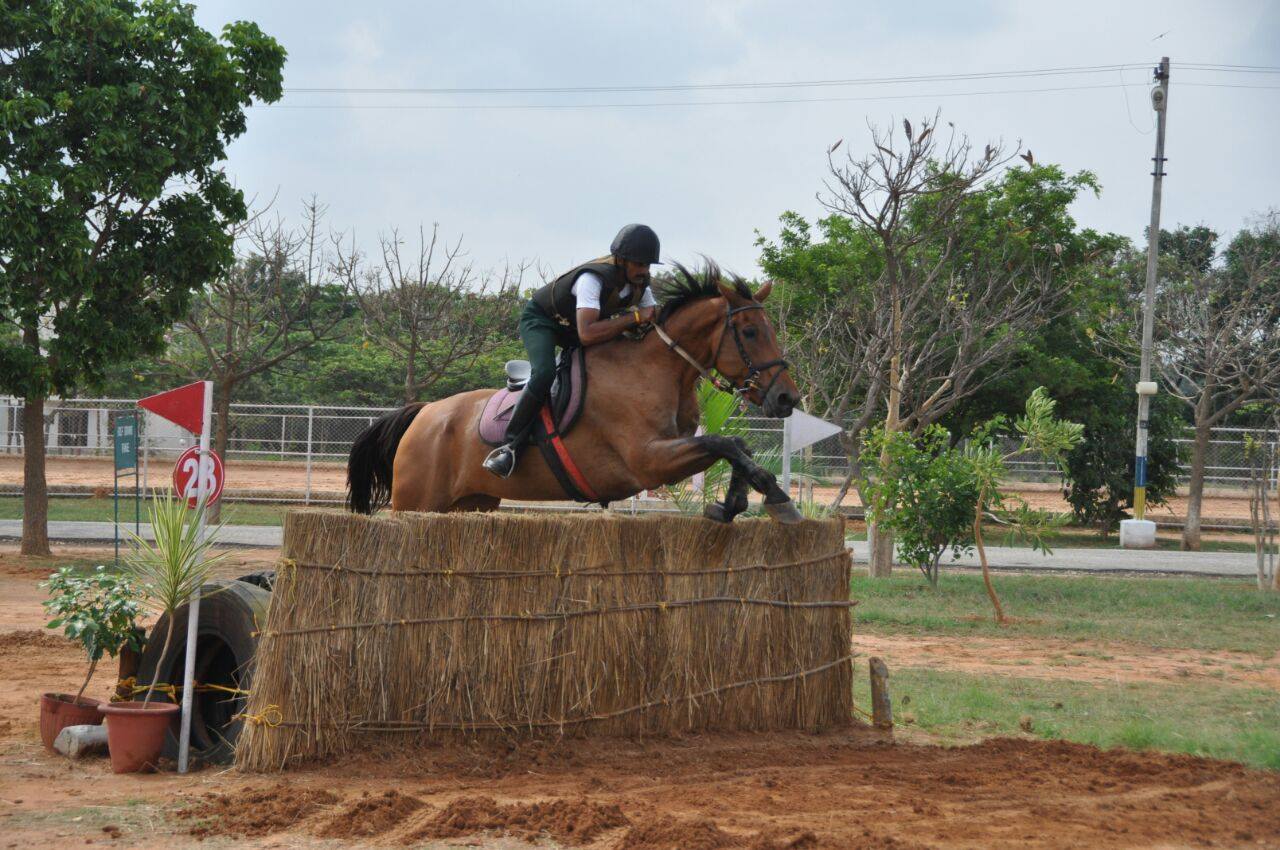 Eventing is the ultimate test of a horse and rider – comprising three disciplines – Dressage, Cross Country and Show Jumping, the scores from each combine to produce an overall total. Eventing (sometimes known as Horse Trials) takes place over one, two and three days depending on the level of competition – evolving from the training of cavalry horses the sport is rather like a pentathlon in that it combines different disciplines in one competition and is run on a cumulative penalty basis. The first test is the dressage, which comprises a set sequence of compulsory movements in an area 20m wide and 60m long (40m long at lower level competitions). 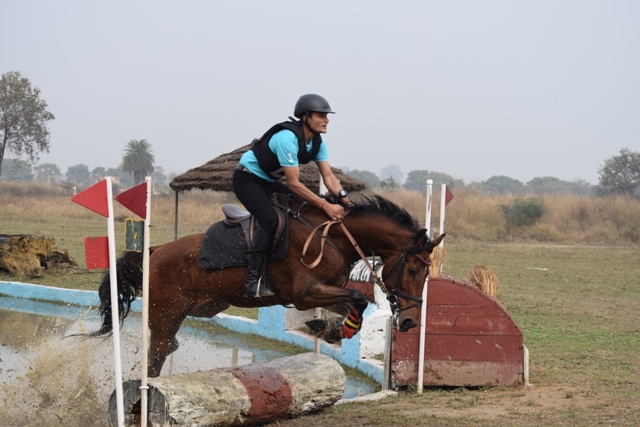 The test is scored by one or more judges who are looking for balance, rhythm, suppleness, and most importantly the obedience of the horse and its harmony with the rider. The show jumping phase is one round of jumping over coloured poles with a maximum time allowed, and the objective to jump a clear round inside the time. The fences are not as big as at top-level show jumping but are substantial enough for horses who do not specialise in show jumping. At three-day event level, the show jumping phase will come on day three and can often mean tired horses that make more mistakes, which can be expensive as penalties are added for a knocked pole, a stop or exceeding the time allowed. At one and two day events, the show jumping phase comes before the cross country. The third phase is the cross country where a course of natural obstacles, normally over several miles, has to be jumped within a time allowed. Being over the time incurs penalties as do stops and falls. However, being under the time is of no benefit as it will often tire a horse unnecessarily. A good cross country horse must be bold and straight as well as fast.

Dressage :- Each movement is marked out of 10 by three independent judges and the total score (which will depend on the number of movements in a particular test) is averaged and then given as a percentage. This score is then converted to penalties. Each level of competition has its own dressage test and these tests increase in length and degree of difficulty as the competitions become more advanced.

Cross country :- Jumping penalties are only given if the faults occur while the horse is jumping or attempting to jump a numbered obstacle. (For example, if a rider circles his horse in between two fences that are not related, he will not be penalised)