This fast and dramatic sport, in which riders carrying a lance or sword must spear and pick up a peg from the ground while at full gallop, can truly be said to belong to Asia. Cavalrymen have practised the game since at the least the 4th Century BC, and Asian empires were responsible for introducing the sport to other parts of the world. By all accounts the sport developed as a cavalry training exercise designed to develop a soldier’s prowess with sword and lance from the back of his horse, but what is less certain is whether it was used as a general training method or for a specific combat situation. The tests rarely involved jumping obstacles, though participants may well have had to negotiate ditches and rivers on their long rides. It is recorded that in 1680 the Swedish cavalry was training its recruits to jump cross-country fences, and the riding instructor for the cavalry of King Charles XI of Sweden prescribed the following advice: “When jumping a fence the rider will grab the mane, close his eyes and shout ‘hey’”.
One theory is that the sport evolved from a battlefield ploy used in the Middle Ages by horsed cavalry against troops mounted on elephants. The soldiers discovered that the best way to render the elephants ineffective was to attack them with sharp spears aimed behind the toenails of the elephants’ forelegs. This part of the elephant was thought to be the weakest and most sensitive spot on a body that was largely immune to the spear or arrow. The tactics were to send in three or four lancers, riding in single file, to charge at the elephant with lances down, in an attempt to pierce the animal’s flesh just behind his toe nails. The last in line left his lance in the wound. If the charge was successful, the pain caused the elephant to remain rooted the spot or, better still, rear up and unseat his mahout and perhaps run amok, breaking ranks and trampling infantry. It was a dangerous and daring exploit for the attackers, and to boost moral the lancers would yell war cries and twirl their lances with great panache as they approached their target. In earlier days of Tent Pegging competitions such displays of exuberance were expected in order to gain maximum points. One other theory has it that the sport originated from the practice in North India of conducting dawn raids on sleeping enemy encampments by galloping through the tented lines and lancing and removing the pegs which held the tents in place, thus collapsing the tents on their occupants and causing havoc and terror in the camp. 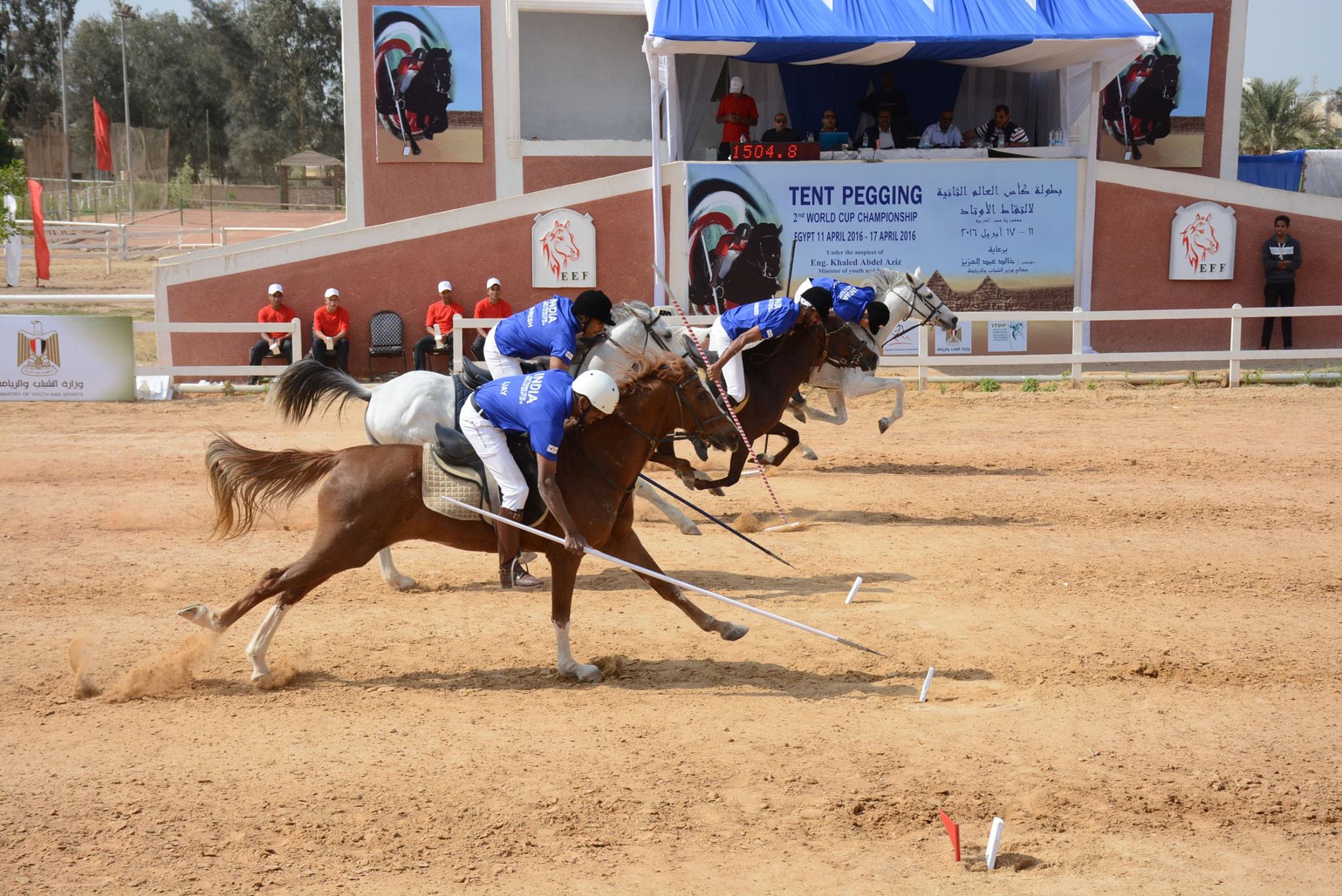 This seems a less convincing theory if only because there were probably better ways of inflicting damage on an enemy in a surprise attack.In India the sport was taken up with enthusiasm by the British army during the colonial period, and during the first half of the 20th Century it was one of the most popular sporting activities of cavalrymen in India. Sometimes referred to as “Skill-at-Arms”, the broader sport includes ring jousting (in which a galloping rider tries to pass the point of his weapon through a suspended ring), lemon sticking (in which the rider, again at a gallop, attempts to slice a lemon suspended from a rope), and quintain tilting, when a rider must spear a dummy through the heart. 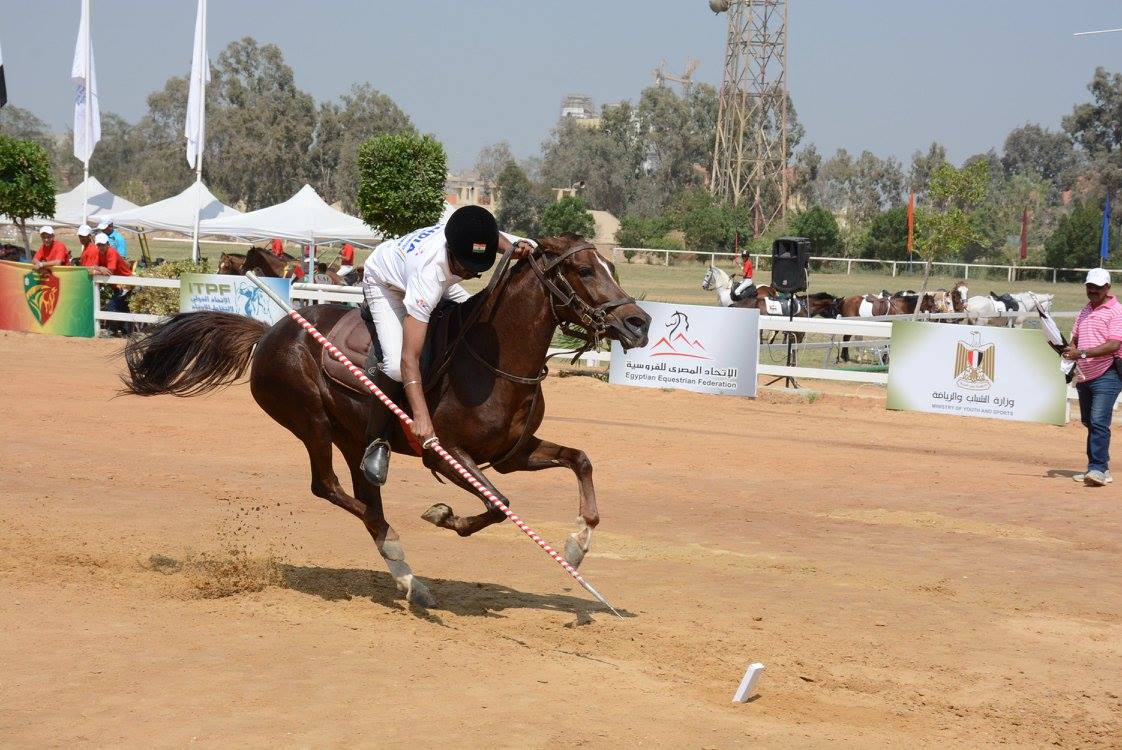 If a competitor makes certain faults, such as losing his Lance, Sword or exceeding the time allowed etc. he incurs penalties. Those penalty points will be deducted from the points he gains. The winner of the competition is the competitor who gains the highest number of points.

A high standard of riding skill is required to gallop a horse at full speed and maintain posture as judges award points for the style and accuracy with which objects are struck or retrieved.

4 Points :- Peg removed from the ground, but not carried full distance as stipulated above.

2 Points :- Peg struck on face, but not removed from its position in the ground.

Note:- Peg must be struck on the face of the peg by the point of the weapon and must leave a mark on the peg (marks on the side of the pegs are not countable). Doubtful pegs must be handed over to the jury.